How the U.S. Financial Services Sector Can Benefit From the new Financial Transparency Act

Organizations like the Global LEI Foundation (GLEIF) have recognized that implementing better identification processes is in the best interest of not only the United States but the rest of the financial world as well. That is why in 2018, they published a report titled “Envisioning Comprehensive Entity Identification for the U.S. Federal Government” in partnership with Data Foundation that called for the U.S. federal government to mandate the use of legal entity identifiers (LEIs).

It appears that the U.S. government has finally listened to these experts because they introduced the Financial Transparency Act on September 24, 2019. This bill became the first U.S. RegTech law and is set to “Put the United States on a path toward building a comprehensive Standard Business Reporting program”.

Here is a further explanation of how the U.S. federal government can expect to benefit from the Financial Transparency Act and its reliance on LEIs.

What Is the Financial Transparency Act?

This proposed law uses a series of strategies to help the eight major U.S. financial regulatory agencies adopt a consistent and accurate database of information as part of the current commodities, securities, and banking laws. It plans to do this through the use of four main techniques:

What Is the Current Legal Identity System Used In the United States?

Through an examination of the United States’ eight major financial regulatory agencies, GLEIF was able to determine the state of the current legal identity system used throughout the country. The results were extremely disheartening as it showed that there are 50 distinct entity identification systems being used by various organizations.

The biggest system used by far is the Employer Identification Number (EIN), which only accounts for 12 reporting regimes. Meanwhile, only four reporting regimes currently use the LEI system. There are an astonishing 36 single-regime systems owned by the government, which helps to explain its inability to efficiently identify legal entities.

A full breakdown of the current system used can be found in the graphic below. 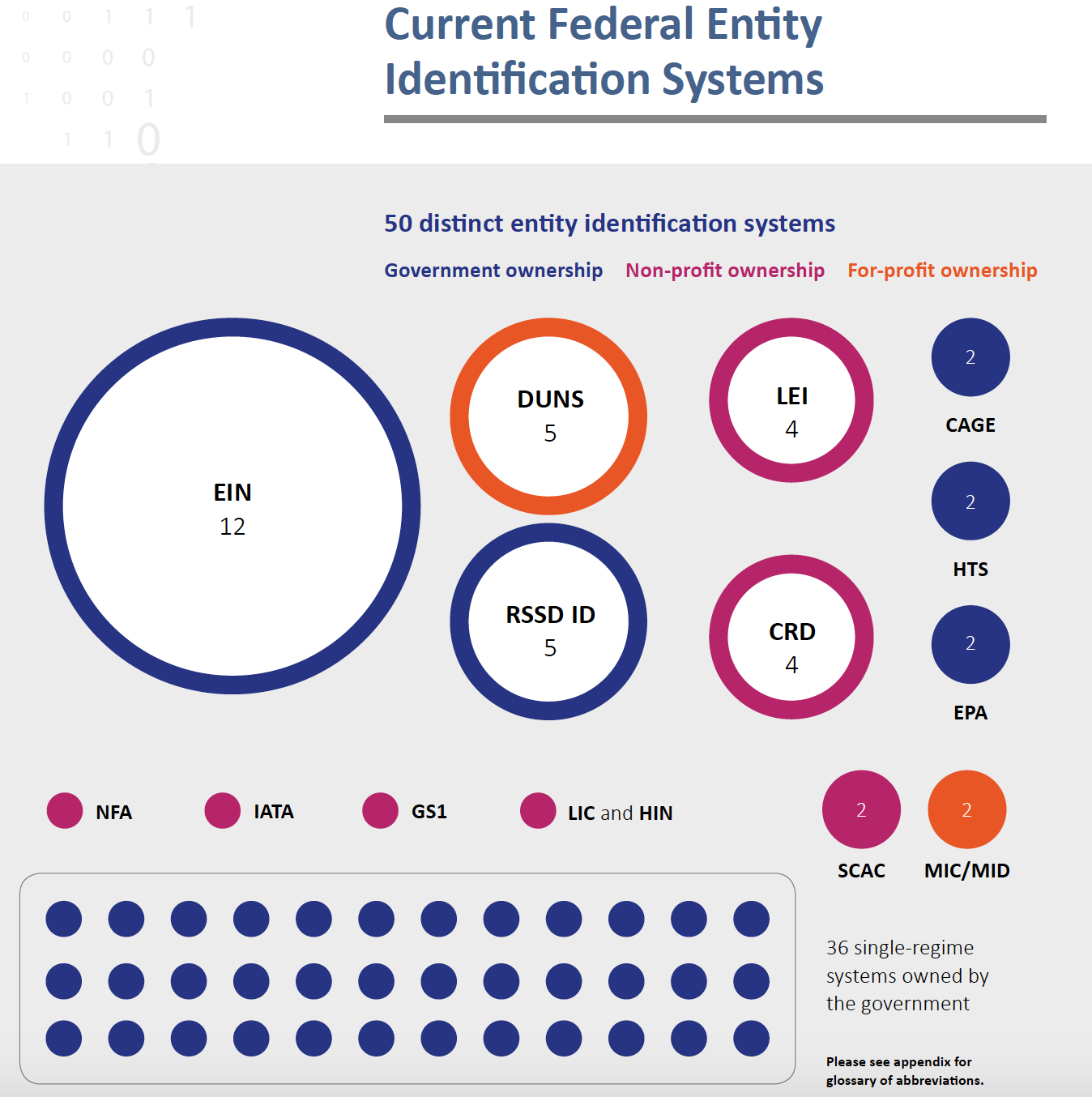 Why LEI Is a Better Choice

Time and time again, LEI has been proven to be far superior to any other legal entity identification system. After all, there is a reason why the Financial Transparency Act requires the implementation of the LEI system.

Here are the four main ways that LEI is superior to any other option: